Today Cagent Vascular® announced the completion of $11.87 million in Series B funding. The round was led by two strategic investors including one that participated in the Series A financing. Additional participants included Balestier Investments, Ben Franklin Technology Partners1, Synergy Ventures, and other private investors. Proceeds will be used to scale manufacturing and initiate a limited launch of Cagent Vascular’s first product, the Serranator® Alto. Further uses of proceeds include supporting development efforts to build upon existing confirmatory data, expanding indications, and receiving additional regulatory clearances. The next product in the Serranator family of PTA serration balloon catheters will be the Serranator Bass, for use in infrapopliteal arteries.

“The breadth and diversity of the investor base reflects an understanding of the value proposition that this technology delivers,” stated CEO, Carol A. Burns.

The Serranator® is an angioplasty device with serrated metal strips embedded on a semi-compliant balloon. The Serranator’s unique technology is designed to create multiple longitudinal lines of interrupted micro-serrations within the luminal surface to aid in arterial expansion. The result is predictable and controlled lumen gain. The company’s first device, the Serranator Alto, performed well in the above-the-knee PRELUDE study, especially in a subset of patients with severe calcium. It received FDA 510(k) clearance and CE Marking in 2017 and is indicated for the treatment of diseased femoral and popliteal arteries, dysfunctional AV access grafts and AV fistulae.

“The Serranator’s serration technology is unique in that it combines an effective vessel dilatation technology with a highly deliverable system on a single platform. In my experience, it is quite effective in calcified or highly fibrotic lesions where balloon angioplasty has historically fallen short,” explained Mahmood K. Razavi, MD, a vascular & interventional radiology specialist at St. Joseph Hospital in Orange, CA.

“We believe that the Serranator Alto’s ability to operate even in highly calcified vessels is a significant differentiating factor for the product, which owes its performance to the serrated metal strips that score the lesion and aid in dilatation,” added Carol A. Burns. “We are confident that these characteristics will benefit our Serranator Bass product, which is designed for use in diseased infrapopliteal arteries where current treatment options are generally poor due to the diffuse calcified nature of these vessels. Treatment of Critical Limb Ischemia (CLI) remains an enormous area of interest where we believe the device will shine and will become the new standard of care for below-the-knee interventions.”

Intuitap Medical Close Successful $5.5m Series a Round of Funding Led by the Pink Ceiling and Curate Capital 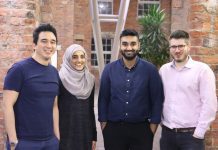 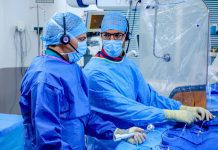 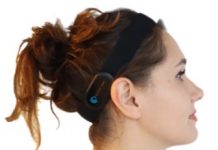