Emboline, Inc., an emerging medical device company with a game-changing device for total embolic protection during transcatheter aortic valve replacement (TAVR) procedures, announced today that it has completed a Series B funding round totaling over $10 million. The funding includes $3 million in new equity financing from multiple investors led by SV Tech Ventures and Shangbay Capital, and over $7 million in conversion of previously-issued convertible notes.

“We have been closely monitoring the development of the Emboliner since 2015 and are encouraged by the potential this unique technology has to improve the safety of TAVR and other interventional procedures,” said Peng Cheng, Managing Partner at SV Tech Ventures. “This is an exciting time for Emboline as they begin their clinical studies, and we look forward to continuing our work with the Emboline team to bring this technology to patients across the globe.”

As part of the financing, ShangBay Capital’s William Dai will join SV Tech’s Peng Cheng on the Emboline board of directors.

The working capital will be used to fund the SafePass™ Clinical trial for the Emboliner™ Embolic Protection Catheter, the subsequent European CE Mark submission and initial commercial launch.

William Dai, Founding Partner at ShangBay Capital commented: “The risks of stroke and other neurological damage from TAVR have been getting increased attention in the cardiology community. We recognize that managing these risks will be critical to expanding TAVR into lower risk patient populations.”  Dai added, “The design of the Emboliner device has great advantages over its competitors, and it has the potential to become the leader in the emerging TAVR embolic protection market.”

The company reports the Emboliner is a truly next-generation approach to reducing the risk of cerebral embolic events or stroke that patients may face following TAVR procedures. The Emboliner design presents significant improvements on first-generation solutions by offering the following:

“As Emboline nears the initiation of our clinical trial to achieve CE Mark approval, this new funding is imperative to securing our place in the embolic protection market,” said Scott Russell, Emboline’s President & CEO. “We are confident in the superiority of our technology and we are looking forward to offering future TAVR patients a safer procedure.” 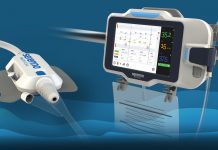 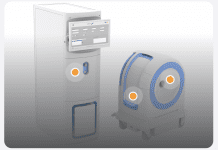 Emboline Raises Over $10 Million in Series C Funding: Funds Raised To Be Used to Obtain Initial Commercial Approval of the Emboliner & Launch...