Acibadem Healthcare Group reported that after the patient was diagnosed with scoliosis, 14-year-old Megan Fleming’s career as a professional dancer was in jeopardy. Scoliosis when the abnormal curvature of the spine reaches up to 70 degrees can occur in 3% of children, but in Megan’s case, the scoliosis was already rapidly progressing to 100 degrees, making corrective surgery all the more difficult. If the scoliosis were to continue progressing at its rapid pace, Megan’s lung capacity would be critically reduced and her chances of continuing dancing professionally would be over. Compounding these difficulties was a growth hormone deficiency which had led to underdeveloped bones already under the pressure of the scoliosis.

As Megan, along with her parents, Karen and William Fleming, consulted with doctors, they read about Professor Ahmet Alanay in Turkey and his history of successful scoliosis treatments. After meeting with him at a medical conference in Dublin, the family flew to Istanbul for the life-saving surgery at Acibadem Maslak Hospital.

The surgery was a success. Professor Alanay and his team were able to create a “mobile backbone” that would still allow Megan to be able to dance by fixing the smallest parts of the spine as possible. Using osteotomy and fusion techniques, parts of the bones were removed to soften the spine, allowing it to be fixed with screws and rods.

“Thanks to the high technology we used in surgery, we achieved our goal and created a spine for Megan to dance with,” said Professor Alanay. “Even more importantly, Megan will be able to move without getting out of breath since her lung capacity has returned to its former levels.”

“Because dance is my energy of life, I was very happy when my doctor said I would dance again,” said Megan. 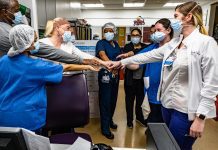 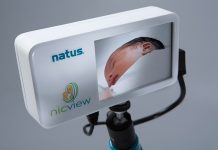