For healthcare professionals, benefits of the MiniMed Mio Advance infusion set include:

To insert the MiniMed Mio Advance infusion set, customers simply peel the adhesive, pinch and remove the disconnect cover, place the set on their desired insertion site and press the button to insert the infusion set.

Annette Brüls, president, Diabetes Service and Solutions at Medtronic commented, “Early feedback on the Mio Advance infusion set has been fantastic. Our goal is to continuously improve and innovate on core technologies to help people with diabetes continue to experience greater freedom and better health.” She added, “We are excited to leverage the MiniMed Mio Advance as a platform for future infusion set innovations.”

“We are very excited to launch this innovative new product with Medtronic Diabetes,” said John M. Lindskog, president of Infusion Devices at ConvaTec. Unomedical, a ConvaTec company, is the manufacturer and developed the technology. “Ensuring patient access to the latest technology through one of the world’s largest insulin pump manufacturers is instrumental to the product’s success, and helps to further strengthen our partnership.”

The MiniMed Mio Advance infusion set will be made commercially available in Canada, Hong Kong and certain countries in Europe in Medtronic’s fiscal year 2018 fourth quarter (February 2018 – April 2018) with expanded availability to other countries later in the year. 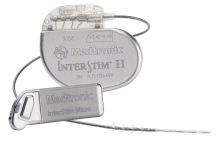 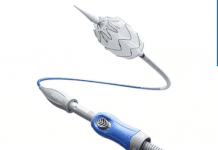 Carpediem Cardio-Renal Pediatric Dialysis Emergency Machine, First and Only Pediatric and Neonatal Acute Dialysis Machine in the U.S. for Patients Weighing Between 2.5 and...