NeuroPace, Inc. today announced that new data from a multicenter, real-world clinical study of the RNS System has demonstrated outcomes not previously seen with other neuromodulation therapies for focal epilepsy. Data from this study and more than 30 abstracts related to the RNS System were presented at the American Epilepsy Society (AES) 2019 Annual Meeting in Baltimore this week.

Results from the multicenter, retrospective study of 150 patients showed that patients receiving the RNS System experienced 67% median seizure frequency reduction at 1 year and 75% median seizure frequency reduction at 2 years. A subset of patients showed an especially impressive response: more than 1 in 3 patients achieved >90% seizure reduction and nearly 1 in 5 reported no seizures in the preceding 3 months. Overall, physicians assessed 75% of the study patients to be “much improved” or “very much improved” in their functioning.1

“We are encouraged to see that therapeutic outcomes with the RNS System in the real world are even better than those reported in the clinical trials supporting FDA approval. Seizure reductions of 67% and 75% within one and two years of treatment in the real world are equivalent to outcomes achieved at six and nine years in the prior clinical trials,” said Martha Morrell, MD, CMO of NeuroPace. “These results suggest that overall efficacy of the RNS System is accelerating, as our extensive clinical experience has been used to inform and optimize programming strategies. However, more opportunity exists. By combining the RNS System’s unique ability to capture and respond to continuous intracranial EEG data with artificial intelligence, we will potentially be able to rapidly titrate therapy for each individual patient based on their unique neural biomarkers.”

In addition to therapeutic benefits, the RNS System is the only epilepsy therapy that empowers clinicians with long-term intracranial EEG data. Other scientific posters at AES revealed how researchers are using this groundbreaking, objective neural data to better treat and manage refractory focal epilepsy. 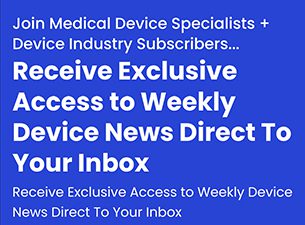