The first systematic clinical experience by using the revolutionary “deviceless” technique to close Patent Foramen Ovale (PFO) has been recently published in the prestigious peer-reviewed European journal EuroIntervention the official journal of Euro PCR and the European Association of Percutaneous Cardiovascular Interventions (EAPCI).

Between June 2016 and October 2017, a prospective registry aimed at assessing the safety and efficacy of the NobleStitch™ EL (NMT2, Fountain Valley, CA) suture-based PFO closure system was carried out at 12 sites in Italy. All patients were undergoing PFO closure for Stroke, Transient Ischemic Attack, Pulmonary Embolism, Decompression Illness and Migraine with positive magnetic resonance. Among 200 consecutive evaluated patients, 192 were considered suitable for suture-mediated PFO closure (44±13 years, 114 women). Suture of the septum with the NobleStitch™ system was carried out successfully in 186 (96%) patients. At 206±130 days follow-up, microbubbles transthoracic echocardiography with Valsalva maneuver revealed no RLS (grade 0) in 139 (75%) patients and RLS grade ≤1 in 166 (89%) patients. There were no device-related complications. Dr. Achille Gaspardone, Director of Cardiology at Hospital of Sant’Eugenio (Rome, Italy), the chief investigator of the registry, concluded that “The early results of this first Italian Registry indicates that the suture mediated deviceless closure of PFO is feasible in the majority of septal anatomies, provides an effective closure of PFO comparable to traditional devices with an excellent safety profile at medium term follow-up“.

Dr. Gaspardone commented, “This study, although a registry, included all patients treated and included the learning curve cases at each center.  Unlike the afore mentioned studies using the umbrella based devices which were performed primarily by Physicians with extensive experience implanting the umbrellas over many years, The NobleStitch™ EL Registry Data was collected with many users performing their very first cases.  The NobleStitch™ EL is a simple safe and effective way to close the septal defects without leaving behind a large metal prosthesis in the heart and without the risk of known complications of the umbrella implants.” Dr. Gaspardone further stated “with this technology I expect to see even greater increase in the positive data presented so far. Personally, if I had to close my PFO, I would like to have it closed with a suture-based deviceless technique that our study demonstrated to be a very safe way to close PFO. Despite the relative safety to close PFO with an umbrella, the idea to have a metallic device in my heart is in some way disturbing. Trans-catheter closure of patent foramen ovale (PFO) in patients with paradoxical embolism represents a treatment more effective than prolonged medical therapy. However, traditional devices used for transcatheter PFO closure are associated with risks and limitations including embolization, erosion, thrombus, arrhythmias, hindered access to left atrial structures, nickel allergy, prolonged antiplatelet therapy and even death. On this shadow, the results of our study show that a novel suture-mediated ‘deviceless’ PFO closure system is feasible in the majority of septal anatomies and provides an effective closure of PFO comparable to traditional devices with an excellent safety profile at medium term follow-up.”

Prof. Anthony Nobles, Chairman and CEO of NMT2 (www.noblesmed2.com) commented, “We are very proud to have this study published in such a prestigious journal here in Europe. This data shows that the NobleStitch™ in these centers had equivalent efficacy and superior safety to the umbrella devices without a single device related complication. This publication provides the clinical evidence of the performance of the NobleStitch™ and provides physicians a scientific clinical rationale to change their current medical treatment from device closure to suture based closure.”

Commenting, Roberto Riva, Sales Director Kardia Milano, Italy (http://www.kardia.it) said, “Kardia is very proud to represent this product in Italy and we are particularly proud of our work in bringing the NobleStitch™ EL to the centers that participated in this study. The publication of this data validates the true benefits of the NobleStitch™ over the conventional umbrella devices. We believe this performance has played a significant role in the increasing demand we have experienced for the NobleStitch™ throughout Italy and publication in this important European journal is a significant milestone in the future of PFO closure in Europe“.

Dru Dobbs, Vice President of Operations of HeartStitch®, Inc. (www.heartstitch.com) commented, “HeartStitch® has worked very hard to build worldwide awareness of our suture-based solutions for structural heart disease and the NobleStitch™ EL product has lead the way for us in PFO closure. We have seen demand grow every quarter and have had to scale production significantly to meet the demand for the NobleStitch™. The publication of this data should significantly boost the demand for the NobleStitch™ and continue to show the safety and effectiveness for PFO closure and the upcoming expanded indications for suture-based solutions in structural heart repair.” 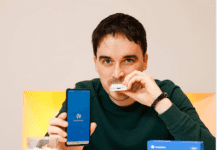 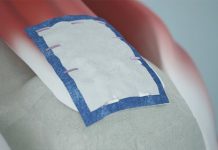 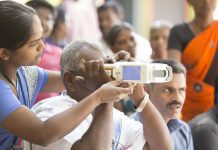 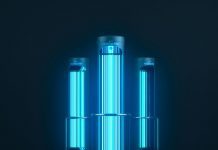 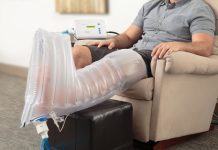