Olympus notes, SmartBand offers the first scientifically designed anti-slip, latex-free band intended to stay on the tissue for more reliable band retention. Historically, latex-free bands lacked the elasticity or gripping force to provide sufficient band retention. According to the Manufacturer and Usability Database Experience (MAUDE) maintained by the FDA, band slippage is one of the highest reported complaints with endoscopic band ligators.

The company reports SmartBand is designed to improve ligation performance through its:

Esophageal varices, a sometimes deadly condition associated with cirrhosis of the liver, is a condition afflicting 3.9 million people in the United States and resulting in more than 38,000 deaths each year, according to the Centers for Disease Control. Esophageal varices result from slower liver processing of blood, which causes portal hypertension that backs the blood into the esophageal veins, causing them to bulge until they sometimes burst. Endoscopic variceal ligation (EVL) is a procedure whereby bands are deployed to close off the blood flow to the engorged veins, forcing the body to produce new tissue in the esophagus. The most recent American Association for the Study of Liver Disease (AASLD) and Baveno V consensus guidelines suggest that all patients who have been diagnosed with cirrhosis undergo screening endoscopy to assess for esophageal and gastric varices.[ii],[iii] However, most people do not know they have esophageal varices until the varices start to bleed, at which point rapid medical intervention and excellent tools are needed.

EVL has been considered the gold standard for controlled esophageal varices since the mid 1990s. A meta-analysis has confirmed the superiority of EVL compared with the leading alternative treatment for all major outcomes, including survival (recurrent bleeding, local adverse events including ulceration and stricture formation, time to variceal obliteration, and survival).[iv] Furthermore, consensus guidelines recommend repeat endoscopy with EVL every 1 to 2 weeks until obliteration is observed.[iii]

“We are pleased that this distribution agreement will bring SmartBand to an ever-wider base of physician users,” said Fritz Haller, Managing Director, Intelligent Endoscopy. “Olympus is a leader in equipment and procedures for treating GI diseases, and is the logical distribution choice.” 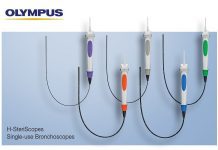 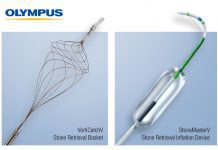 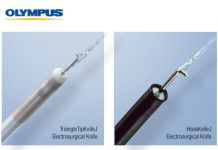