A preliminary study of a health monitoring smartband, the Healbe GoBe2, showed the technology to be about 89 percent accurate in automatic tracking of digested calories. A 14-day study was completed by 27 adult volunteers between the ages of 18-40 years old, 11 men and 16 women.

During the study, conducted by researchers at The Foods for Health Institute at the University of California, Davis, calorie counting accuracy was assessed by comparing data from the manually recorded intake of volunteers and data from the GoBe2. Study volunteers were prescreened for the presence of health conditions, diseases, and behaviors that can result in abnormal metabolism. Study meals were prepared at UC Davis’s Cuarto Dining Commons commercial kitchen by trained food service personnel. A research team analyzed the calorie content of each individual menu item, weighed, recorded, portioned and served the food and recorded plate-waste for all study volunteers at each meal served in the dining facility. Then the researchers examined the correlation between recorded intake and data from the Healbe GoBe2 to determine how well the device and its algorithms estimated the actual diet of volunteers. Data from the study were transformed into three-day rolling averages, and the GoBe2 accuracy was 87 percent. Over 14 days, the GoBe2 showed an accuracy of 89.6 percent in measuring calorie intake in this sample.

The ability of the Healbe GoBe2 to so accurately track calorie digestion significantly differentiates it from other wearable health monitoring smartbands. The level of accuracy exceeds the effectiveness of comparable devices, as other wearables rely on human recording of diet and calorie ingestion, and the potential for human error in that process typically puts accuracy at well below 50 percent.

By creating a wearable device like the Healbe GoBe2, Healbe aims to be a non-invasive, easy to use, and highly accurate tool to help people everywhere improve their overall health, reach their weight loss goals and subsequently reduce the likelihood of obesity-related diseases. 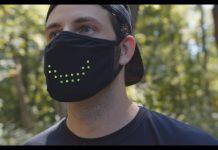 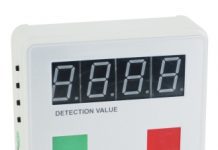 Patent Pending, No-Contact IR Thermometer Released Before Back to School

CVS Health Delivering on Commitment to Establish up to 1,000 COVID-19 Test Sites by End of May

The Hip Hook: Releases Unresolved Pain by Simply Laying on It