Stryker reports the Trevo Retriever is a tiny stent-shaped medical device that is attached to a thin wire. In a minimally invasive procedure that utilizes X-ray, the physician navigates the retriever from the femoral artery, which is located in the upper leg, to the blocked blood artery in the brain. The retriever is designed to ensnare the blood clot and remove it from the body.

Following the expanded indication in the United States by the Food and Drug Administration in February, Stryker reports the Trevo Retriever has received CE marking as a front-line treatment for patients experiencing acute ischemic stroke up to 24 hours from symptom onset, increasing the treatment window by 18 hours.

Dr. Raul Nogueira of Grady Memorial Hospital and Emory University said, “The 24-hour indication opens the treatment window to patients whose stroke would previously have progressed until all the brain tissue surrounding the affected arteries was dead, leaving them with a life of significant disabilities.”  He added, “These patients now have a much better chance for an independent life without disability.”

Stryker’s Trevo Retriever is the first and only thrombectomy device to receive FDA clearance, and now a CE marking, to significantly reduce disability in patients up to 24 hours from symptom onset. Until now, mechanical thrombectomy devices like the Trevo Retriever were only cleared for use up to six hours from symptom onset – leaving a significant population of stroke patients ineligible to receive treatment. However, recent randomized clinical data from the Stryker-sponsored DAWN Trial shows that patients presenting in the six- to 24-hour window who meet specific imaging criteria and are treated with the Trevo Retriever are almost four times as likely to be functionally independent at 90 days post-stroke, compared to those treated with medical management alone.1

“Along with the expanded indication in the U.S., this expanded indication for Trevo in Europe marks a significant milestone in the treatment of stroke patients who suffer from this disease,” said Mark H. Paul, president of Stryker’s Neurovascular division. “We believed this future was possible, which is why we invested in the DAWN Trial. Through our dedication to help patients suffering from ischemic stroke, we are living our mission to make healthcare better.”

“This is a big step forward, expanding the proportion of eligible patients for mechanical thrombectomy,” said Prof. Urs Fischer, Department of Neurology, University Hospital of Bern, Switzerland. “For patients with a stroke of an unknown time of symptom onset or a wake-up stroke, a new therapeutic option is now available. However, mechanical thrombectomy should still be performed as quickly as possible, as numerous studies have shown that stroke patients treated early after symptom onset have a better outcome than patients treated late.”

The Trevo Retriever was used exclusively in the DAWN Trial and was included in the DEFUSE 3 study – producing the largest cohort of data for a single device across the two late window stroke trials that led to the recent updates to the American Heart Association (AHA)/American Stroke Association (ASA) guidelines. Based on the depth of clinical evidence, stent retrievers like the Trevo Retriever are recommended as the standard of care for stroke patients experiencing a large artery blockage by the AHA’s Stroke Guidelines.2

“FDA clearance and CE approval of the Trevo Retriever have effectively quadrupled the treatment window from zero-six hours to zero-24 hours from time last seen well. Nonetheless, every minute still matters because in each individual patient, the earlier the blood flow is restored to the brain, the lower the resultant burden of permanent brain damage. Therefore, it is still imperative that all caregivers in the stroke pathway – from EMS to emergency room physicians to stroke neurologists to interventionalists – continue to deliver the fastest and most workflow-efficient treatment of stroke,” said Dr. Tudor Jovin, University of Pittsburgh Medical Center.

About Ischemic Stroke3,4,5,6
An ischemic stroke occurs when an artery in the brain becomes blocked by a blood clot or other substance such as plaque, a fatty material. Blood vessels carry blood, oxygen and nutrients throughout the body and to the brain. When the brain is deprived of blood and oxygen, it fails to work properly. Depending on the severity of the stroke and the area of the brain affected, loss of brain function or death may occur. Ischemic stroke is the most common type of stroke, accounting for 87% of stroke cases. Each year, 17 million people in the world suffer a stroke and 6.5 million people die from a stroke. 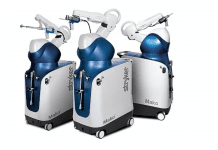 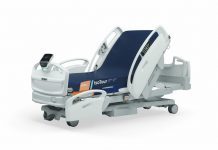 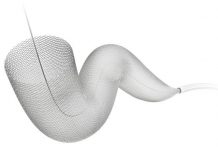 Stryker Announces They Have Released their Emergency Relief Bed™: A Limited-Release Medical Bed to Support Sritical Needs During a Pandemic