IN.PACT SFA enrolled 331 patients with symptomatic femoropopliteal lesions.  Four-year results of the IN.PACT SFA trial demonstrated sustained treatment effect in maintaining significantly higher freedom from CD-TLR by KM estimate in patients treated with the In.Pact Admiral DCB compared to PTA despite a late catch-up effect. Among patients requiring reintervention, the mean time to the first event was significantly longer in the DCB group.

Hospital Ranking Systems Can Be Misleading for Orthopedic Care: Subject to Misrepresentation That Can Lead to Frustration That May Confuse Patients

Kidney Walk LaceUp 2020: National Kidney Foundation and LogistiCare Team Up: Walkers Can Join from Their Homes

The Muscular Dystrophy Association to Host Virtual Events to Raise Funds for RX and Care of People with MD, ALS and Related Neuromuscular Disease

Senators Demand Answers on Hydroxychloroquine from the FDA, Reports the Association of American Physicians & Surgeons 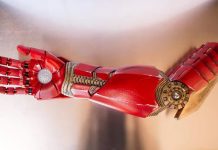