The multi-center, IRB-approved retrospective case control study surveyed 189 pre-menopausal women who underwent endometrial ablation in accordance with FDA-approved use of either the NovaSure or Minerva device (97 NovaSure and 92 Minerva).1 The primary efficacy outcome was the percentage of patients experiencing amenorrhea post-ablation; the mean follow-up was 11.3 months (range 137 – 532 days). Secondary efficacy outcomes were change in abnormal uterine bleeding (AUB) symptom severity from baseline, the percentage of patients requiring secondary intervention (medical or surgical) for refractory AUB, and patient satisfaction level.1 The primary safety-related outcome was the incidence of perioperative adverse events, which included, among others, pain, fever, nausea, vomiting, vaginal bleeding, and vaginosis.1

The pivotal study supporting FDA approval of the NovaSure system on September 28, 2001 was a randomized, prospective, multi-center clinical study, in which the NovaSure system was compared to a control arm of wire loop resection plus rollerball endometrial ablation (hysteroscopic endometrial ablation). A total of 265 patients were enrolled in the study, with 175 being randomized into the NovaSure study arm. The NovaSure study arm reported 1-year success rates of 77.7% and 1-year amenorrhea rates of 36%. Patient success was based on a reduction in a menstrual diary score from ≥ 150 pre-treatment to ≤ 75 at one-year post-treatment, using a validated menstrual dairy scoring system developed by Higham.11 Patient satisfaction was assessed by administering Quality of Life (SF-12 Questionnaire) and Menstrual Impact questionnaires prior to treatment and at 3, 6 and 12 months post-treatment, with 92.8% of NovaSure patients reporting being satisfied or very satisfied with the procedure after 1 year. 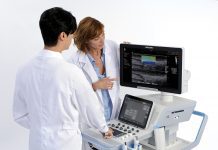 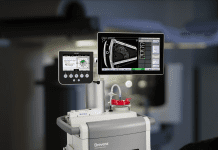