What Kind of Equipment is Used to Analyze DNA?

Below are some of a few basic processes followed throughout DNA testing. The general procedure entails:  • Isolating DNA from a sample containing the needed...

"Sciton is dedicated to worldwide support and growth. We continue to demonstrate our commitment to developing high quality devices and marketing efforts for our physician and medspa partners worldwide." says Lacee J. Naik, Vice President of Marketing and Public Relations.

With this in mind, the FDA is issuing today's draft guidance to help clarify whether activities performed on medical devices are likely remanufacturing as well as a discussion paper on cybersecurity servicing of devices.

The rotating MRI device is produced by ASG Superconductors, using the MROpen Evo technology-based helium-free superconducting MgB2 magnet. Real-time MRI would make it possible to synchronize the proton beam to tumor motion during radiation dose delivery. So far, this has been impossible and therefore was a limiting factor for treating moving tumors with this promising cancer therapy.

Proton therapy is an emerging radiation technology to irradiate tumors while sparing the surrounding tissue better than conventional X-ray-based radiation due to the finite penetration depth of the protons. However, the effectiveness of proton therapy is limited by tumor motion, anatomical changes during therapy and set-up inaccuracies in patient positioning.

With the new MRI device and its real-time, high-contrast imaging capabilities for organs in the chest, abdomen and pelvis, Aswin Hoffmann from HZDR and his team now intend to build a first prototype which might be used clinically at some stage: “What is special about this MRI scanner is that it can be rotated around the patient relative to the beam, allowing us to study dosimetric and biological beam effects for MRI magnetic fields both perpendicular and parallel to the proton beam.” 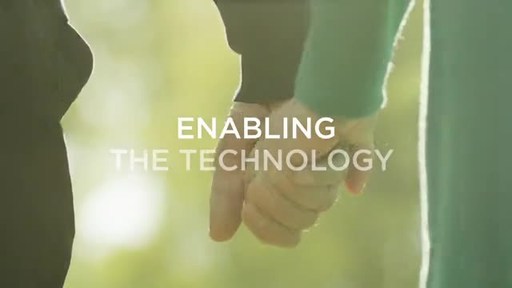 ASG Superconductors is now producing a mid-field-strength open 0.5 Tesla MRI device, which is specifically adapted to the requirements of real-time MRI-guided radiation therapy by the Alberta Health Services LINAC-MR group and its spin-off company MagnetTx Oncology Solutions. MagnetTx Oncology Solutions is developing the gantry that is required to rotate the MRI scanner as well as the image processing methods for automatically tracking the tumor in real time. The design and manufacture of the entire 30-ton device is currently in full swing. In summer 2022, the team plans to incorporate it in the actively scanned, clinical-akin experimental proton beamline at the OncoRay facility.

“It is very exciting for ASG Superconductors to be part of this project in collaboration with HZDR and MagnetTx,” says Marco Belardinelli ASG Paramed MRI Unit Director and adds, “seeing our MRI and MgB2 superconducting technology used as a key component in new and innovative applications such as this one, which will ultimately benefit the patients and the medical community, makes us proud and even more confident we are moving in the right direction.”

“Our partnership with HZDR and ASG has been extremely positive,” says Mike Cogswell, MagnetTx President and CEO. “We look forward to continuing to work together to improve the cancer treatment industry.”

“Thanks to this collaboration between HZDR and international industrial partners, we are a big step closer to our goal of bringing significant innovation to the field, especially to real-time image-guided proton therapy,” says Hoffmann.

Mr. Huennekens’ public boards include Chairman of Acutus Medical (IPO August 2020); Chairman of Envista (IPO September 2019); and board member of Nuvasive. He also serves as a board member and past Chairman of the Medical Device Manufacturer’s Association (MDMA).

Formerly Head of Innovation and Diabetes Portfolio at Sanofi, Siragusa will be part of a team bringing a multi-analyte dermal sensor (biosensor) with continuous health sensing capabilities to market with a mission to provide broader access to continuous glucose monitoring.

Barbara has extensive business and management experience in the private, public, and regulated sectors.