Peter Solodko, the CEO of A1 Medical Imaging, compares the technological differences between magnetic resonance imaging (MRI) and ultrasound technologies to help determine when one imaging approach is more appropriate than the other.

An ultrasound device gives off high-frequency sound waves that go through the body and creates images called sonograms. As the sound waves bounce off organs and structures, echoes are created. The machine generates the echoes into real-time images on a computer screen that can show the organs, movement, and blood flow. Ultrasound is commonly used to monitor pregnant women and their unborn babies. It is also used to guide a needle to do a biopsy or injection. The technology is non-invasive and does not emit radiation.

MRI is also noninvasive and does not involve radiation. It uses powerful magnets, radio waves and computers to obtain highly detailed, cross-sectional images of various parts of the body. It is used to investigate and diagnose conditions that affect soft tissue such as tumors, certain cancers, and joint, spinal, and ligament injuries and disease. It is commonly used to determine the extent of injury or disease of internal organs such as the brain and in the digestive system. 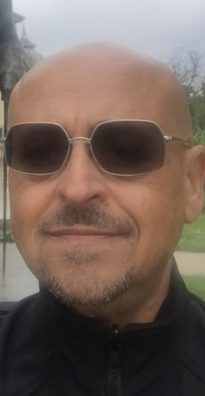 “Ultrasound may be good at producing soft tissue images that don’t show up on X-rays,” Peter Solodko indicated. “However, it is limited in some parts of the body because the sound waves can’t go through air, such as the lungs, or through bone.”

MRI is a preferred technology for conditions that involve dense or large areas, while ultrasound can only view one small section at a time. Ultrasound images are not as detailed as MRI scans and cannot show whether a tumor is cancerous.

“Ultrasounds allow clinicians to observe what happens during movement, to see blood flow through arteries, for example,” Solodko explained. “But ultrasounds can’t show the structure inside joints. Because of that, MRI is the better choice to evaluate bone, cartilage and other structures inside and around a joint.”

“There are clear criteria regarding when to use either technology,” Peter Solodko concluded. “It’s up to the referring physician to determine which procedure is best given the individual patient’s situation.”