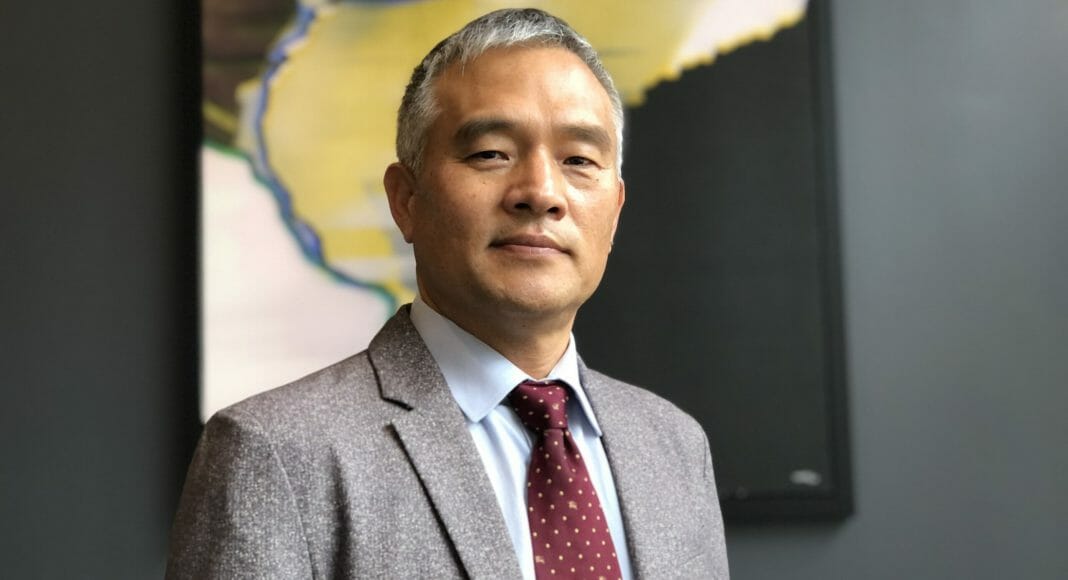 Joe Biden began his personal war on cancer as vice president. He organized a task force that called for private and public sectors to join forces in the search for a cure. In response to the funding organized, businesses, educational institutions, patient groups, and foundations have forged collaborative partnerships and launched innovative programs.

Now, as President, Biden maintains his commitment with increased funding for the National Institutes of Health (NIH) and the National Cancer Institute (NCI). Congress has allocated full funding for the 21st Century Cures Act and the Beau Biden Cancer Moonshot Initiative. Based on current progress, President Biden has set the lofty goal of cutting today’s death rate by 50 percent over the next 25 years and the long-term goal of ending cancer as we know it. Unfortunately, many people remain unaware that tens of thousands of cancer cases could have been avoided altogether through prevention.

The No. 1 cause of non-smoker lung cancer is radon

Funding research is admirable, but without a doubt, the best way to end cancer is to stop it before it starts. Many cases of lung cancer are entirely preventable—and not only those caused by smoking.

Radon is a naturally occurring highly toxic radioactive gas. It seeps from decaying uranium in the rocks and soil, and into our homes through cracks in foundations, gaps in construction joints, poor or absent sealing around pipes, and cracks in walls and floors. In equilibrium with its radioactive decay, over time, this deadly gas builds up within our homes.

Lung cancer develops after the effects of radon’s radioactive decay builds up in our bodies over several years. The Mayo Clinic advises you to be watchful for symptoms of lung cancer, including:

Preventing cancer solves the problem of needing to find a cure

During the 1990s, we saw a targeted push to reduce lung cancer through implementing public health education campaigns to reduce tobacco use. That effort resulted in a 50 percent decrease in long-term smoking among adults and a 68 percent decline in smoking among youth.

The time is long overdue to implement similar measures to combat cancer caused by radon poisoning. Simply by raising awareness of the danger, it is possible to save thousands of lives.

Because you cannot see, smell, or taste radon, you can go years without realizing you are exposed to potentially lethal levels of this radioactive gas every day. Fortunately, reliable equipment is available, allowing you to receive ongoing assessments of the radon level in your home. Today’s radon detectors are affordable and provide results in minutes.

So, how can a radon detector help prevent lung cancer? Radon is measured in picocuries per liter of air (pCi/L). Zero pCi/L would be an ideal reading, but even with the best ventilation, your home is bound to accumulate trace amounts of radon.

Outdoors, radon dissipates rapidly as it escapes from the ground. Your detector will likely pick up somewhere between 0.1 and 0.4 pCi/L outside your home, but inside you will probably detect higher levels.

The EPA advises you to take action to lower your radon level in your house when it reaches 4.0 pCi/L. According to the EPA, nearly one out of every fifteen US homes exposes families to these elevated radon levels daily. Studies from the EPA estimate lowering levels in these homes could cut radon-caused lung cancer deaths in half.

President Biden aims to speed detection and treatment of cancer with funding for biomedical research already pending in Congress. In his healthcare agenda, Biden aims to lower healthcare costs and caps out-of-pocket costs on cancer drugs. However, much suffering caused by lung cancer could be entirely avoidable if the administration also put a higher focus on prevention.

High radon levels in homes cause cancer in thousands every year, but these levels can be reduced through testing and well established mitigation  measures. The first step is to test your home for radon gas. Because radon levels fluctuate all of the time, best practices are long-term testing, if not continuous testing.

If you find a high radon level in your home, it can be mitigated. A simple measure such as opening windows and doors decreases radon quickly. Additional radon reduction methods based onsealing cracks and penetration are also effective and affordable.

New homes are being constructed with radon resistance in mind. Installing radon reduction systems as the house is built makes the cost even less expensive.

Because radon levels rise and fall, the safest testing is long-term and continuous monitoring. A radon detector will continuously monitor your home and provide peace of mind. It is the ounce of prevention that is worth a pound of cure. To learn more about our highly-accurate, palm-sized radon detector called the EcoQube, please visit our website.

Editor’s Note: About Insoo Park, Founder and CEO of Ecosense
A strategic business executive with a proven track record spanning more than 25 years, Insoo Park is the Founder and CEO of Ecosense. As a key sales and business development executive, he has been an integral component of three silicon valley start-up companies – all of which have either gone public or been acquired by publicly traded companies. In 2019 Insoo founded Ecosense with the goal of empowering consumers to lead a safe and healthy lifestyle free from the life-threatening dangers posed by Radon gas by delivering detection results accurately and quickly.
SourceInsoo Park, Founder & CEO of Ecosense