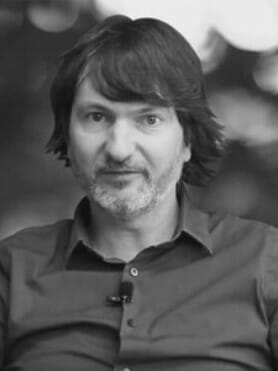 While the cause of autism is unknown, scientists have found numerous factors that are believed to contribute to the development of this disorder. These risk factors include a family history of autism, having fragile X syndrome, a low birth weight, and exposure to heavy metals. Few parents know that a major source of arsenic, cadmium, lead, and mercury – hazardous heavy metals – is the food they give their infants and toddlers. Because these metals are neurotoxic, even in trace amounts, they can wreak havoc on children’s neurodevelopment following ingestion.

In 2019, Healthy Babies Bright Futures published the study “What’s in My Baby Food?”, which found that a whacking 95% of the infant and toddler food on the American market contains at least one heavy metal. This research prompted the Subcommittee on Economic and Consumer Policy to lead a more in-depth investigation of some of the most popular baby food manufacturers in the United States. The findings of the congressional report, which was made public in the winter of 2021, were disturbing.

How Severe Is the Problem of Heavy Metals Lurking in Baby Food?

Before exposing some of the most unsettling discoveries of the congressional report, which speak volumes about the disregard of baby food companies for children’s health and wellbeing, it is essential to acknowledge the safe limits for heavy metals – for arsenic, it is 10 ppb, for cadmium and lead, 5 ppb, and for mercury, 2 ppb. With these safe limits in mind, let us take a look at some of the most outrageous findings of the investigators:

As for mercury, the internal documents of the four baby food companies indicate that they rarely, if ever, test for this heavy metal. It is noteworthy that seven baby food manufacturers had been initially asked to partake in the investigation, but Campbell, Sprout Organic Foods, and Walmart refused. Some could interpret their turndown as a sign that they have even more skeletons in the closet than their competitors.

In September 2021, a second congressional report was made public by the Subcommittee on Economic and Consumer Policy. Hain Celestial Group severely underestimated the concentration of heavy metals in its baby food. More specifically, the company had a 28% to 93% greater amount of heavy metals in its finished products than it had first estimated.

Lastly, another thing that should make parents worry is that, so far, only two recalls have been issued on tainted baby food – one by Beech-Nut and one by Maple Island, which makes baby food for Walmart under the brand Parent’s Choice. Both manufacturers took off the market rice-containing products, and the reason for the recalls was the same: too much arsenic in the baby food.

When heavy metals build up in the blood, they create free radicals, which, in turn, generate oxidative stress. Oxidative stress is very harmful, particularly to children, as it can damage proteins, DNA, and cells. Many children with autism share a chronic flaw in the body’s natural defenses against free radicals. Since arsenic, cadmium, lead, and mercury are neurotoxins, they can cross the blood-brain barrier and eventually reach the cerebral matter, the brain tissue made of nerve fibers.

The body cannot eliminate heavy metals, so the longer they remain in the brain and nervous system, the more chances the child has to develop autism. 1 in 44 children born after 2010 will develop autism in the United States, and the incidence of the disorder has risen by roughly 1% since 2007. While the advance in diagnostic tools has undoubtedly contributed to a seemingly increasing number of cases, heavy metals lurking in baby food might also contribute to the prevalence of autism.

Whether their purpose is to help children with autism interpret social cues correctly or increase their attention span, the following devices yield promising results for those with the disorder. However, not all can be bought by parents for their children with autism.

Project Evo, designed by Akili Interactive, a prescription digital medicine company in Massachusetts, is a video game meant to improve the attention span of children with autism. According to a feasibility study led by the Children’s Hospital of Philadelphia, this video game can effectively engage children with autism and maintain their interest throughout a four-week treatment cycle.

To understand what the video game entails, parents should know that it requires children to multitask by switching between a memory-based task and a visuomotor task, thereby improving their ability to synchronize visual information with physical movement. For instance, the first task instructs players to tap the screen until they catch the target, mixed with distractions.

Project Evo has been developed for autism, sensory processing dysfunction, and ADHD. It can only be used in clinical trials, as it is not available for purchase yet. 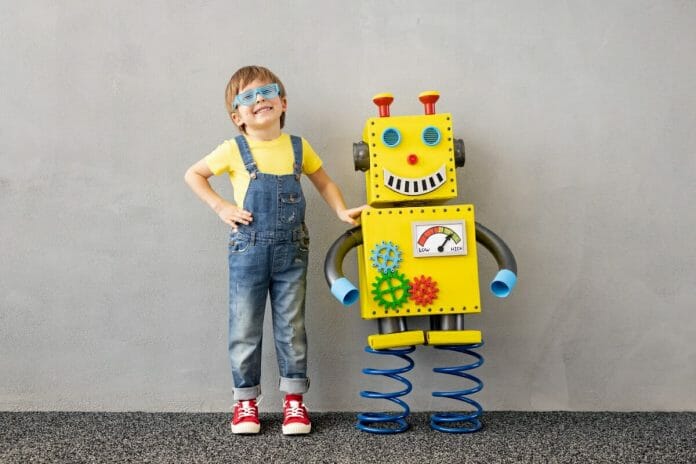 This robot can help parents and therapists teach children with autism who are uncomfortable with human contact how to learn and build fundamental social skills. Two feet tall, the QTrobot can speak, hear, and see, equipped with a RealSense 3D camera, a sensitive microphone, and powerful speakers.

The interactive robot can convey a range of emotions nonverbally, with clear visual cues, facial expressions, and body gestures, which makes it easier for a child with autism to recognize. Furthermore, a therapist can tailor each session to meet the child’s educational needs and make autism education more personalized.

If you would like your child to try the QTrobot, we have good news for you – the interactive robot is available for purchase online!

The Superpower Glass functions with a smartphone application developed to act as a messenger and interpreter, relying on A.I. to address a common struggle for children with autism – how to acknowledge social cues and use their past experiences to develop social skills. Therapy involves a smartphone app connected to Google Glass wirelessly, a wearable computer with a display worn like glasses.

With a built-in camera capturing the child’s field of vision and a speaker providing the wearer visual and audio information, the app uses machine learning to identify faces and interacts with the child in real-time by tracking faces to decode emotions using lights and emojis. So far, the app can locate eight primary facial expressions – happiness, sadness, anger, disgust, surprise, fear, contempt, and neutral.

Like the QTrobot, the Superpower Glass can be purchased by parents who want to help their child with autism interpret social cues and develop their social skills.

Jonathan Sharp is Chief Financial Officer at Environmental Litigation Group, P.C. The law firm, headquartered in Birmingham, Alabama, specializes in toxic exposure. Its attorneys and legal team assist parents whose children developed autism due to having been fed tainted baby food, among other clients. 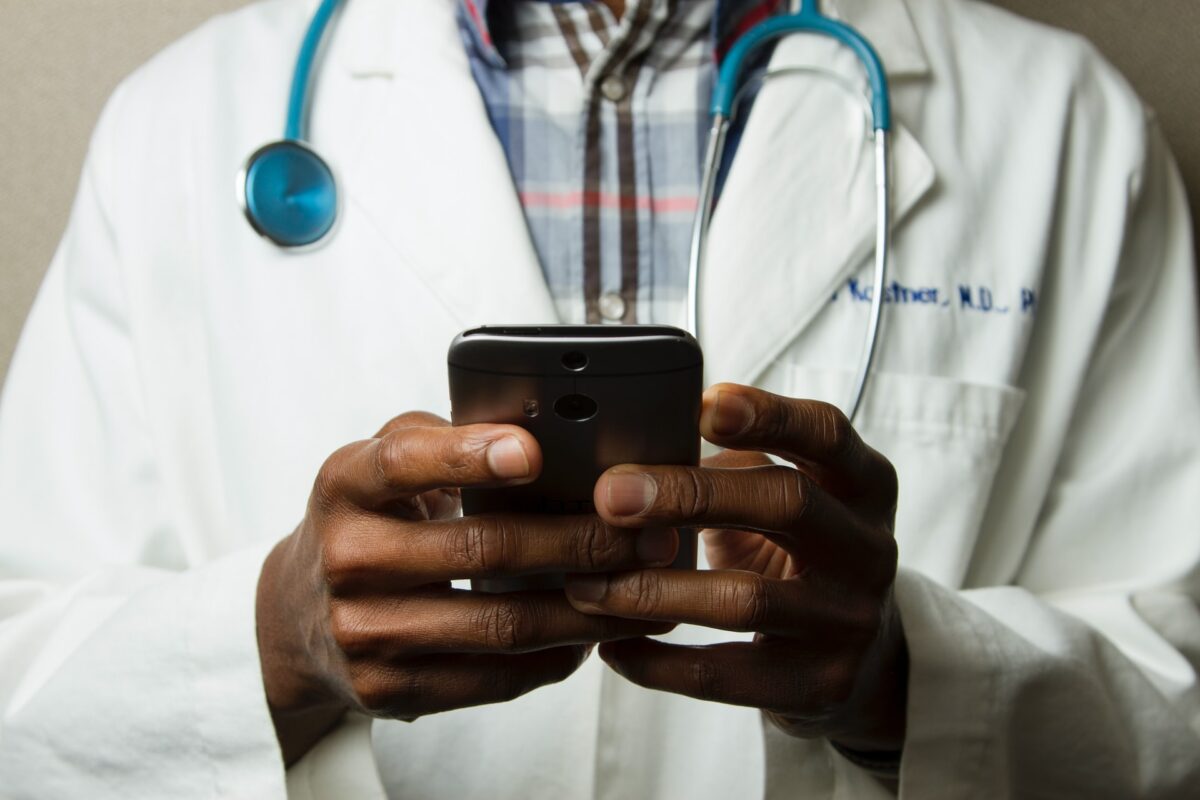 Mental Health Treatment Options That Have The Highest Success Rate

6 Different Types Of Addiction Treatment Options And Their Effectiveness

How Can Furthering Your Education Improve Your Mental Wellbeing

For many of us, education is just a means...

Why Medical Tourism Is Gaining Popularity

Many European tourists are starting to combine their travels...

After a tiring and long day, there's nothing better...

How to Recover Your Health After a Truck Accident With Injuries

By Michael Hawkins If you were involved in an accident...
Load more