Key New Drugs to Add to Your Watchlist

As a doctor, whether you’re a general practitioner, a pediatrician, or a specialist in some other field, it’s vital to stay up to date on all the latest medications hitting the market and their results and potential side effects, and further important details.

Here are some of the key new drugs on the market in the fourth quarter of 2021 or likely launching in 2022 that you may want to prescribe to your patients.

Developed by Eli Lilly and Company, an American pharmaceutical firm headquartered in Indiana, donanemab is a new drug to treat Alzheimer’s disease. The company hopes to launch it in 2022 as one of its top new products for the year. Donanemab is an antibody designed to target a modified form of deposited amyloid-beta, specifically a modified form called N3pG. In Alzheimer’s disease, a hallmark is the accumulation of the deposit.

So far, it seems the medication can result in a better composite score for cognition and the ability to perform daily living activities for patients with early Alzheimer’s. The idea behind the drug is to target deposited plaque to clear any existing amyloid burden from the brain. Many other drugs, treatment plans, and lifestyle choices focus more on preventing the deposit of new plaques or the growth of existing plaques rather than clearing what’s there. A placebo-controlled Phase 3 prevention trial of donanemab began in August 2021.

Another one of the medications that seems promising and likely to be something you write regular in-person or online prescription refill paperwork for is Tirzepatide. Also created by Eli Lilly and predicted to be one of the company’s biggest sellers in 2022 and beyond, the drug is expected to become the first dual glucose-dependent insulinotropic polypeptide (GIP) and glucagon-like peptide-1 (GLP-1) receptor agonist approved for Type 2 diabetes.

Phase 3 results for this medication showed that it could outperform popular diabetes drugs in some areas when examined in head-to-head clinical trials against diabetes treatment products such as insulin glargine. Recipients who took tirzepatide (it is an injectable) had better glycemic control and weight loss than the highest currently approved dose of the most effective GLP-1 agonist on the market, Ozempic. Although the pharmaceutical company behind the new drug sees it as being sold and used for diabetes first, it apparently also has the potential to be used for obesity.

In September 2021, the U.S. Food and Drug Administration (FDA) granted accelerated approval to TIVDAK, the first and only approved antibody-drug conjugate (ADC) for the treatment of recurrent or metastatic cervical cancer. The medication is designed for adults with disease progression who are on chemotherapy or have finished it.

TIVDAK is a drug type called tisotumab vedotin that focuses on tissue factor, a protein expressed on cervical cancer cells. It has been developed by pharmaceutical company Seagen and is designed for intravenous infusion only. The FDA based their approval on the tumor response seen from patients using the drug and the durability of the response. This medication will be a significant development for people with cervical cancer that has metastasized or keeps recurring.

Stonebridge Biopharma is a global biopharmaceutical firm that focuses on developing and commercializing therapies for rare diseases with significant unmet needs. One of those health issues is endogenous Cushing’s syndrome, a rare, serious, and sometimes lethal endocrine condition. It is caused by chronic elevated cortisol exposure that often occurs due to a benign tumor of the pituitary gland. This tumor can tell the body to produce too much cortisol for a sustained period. 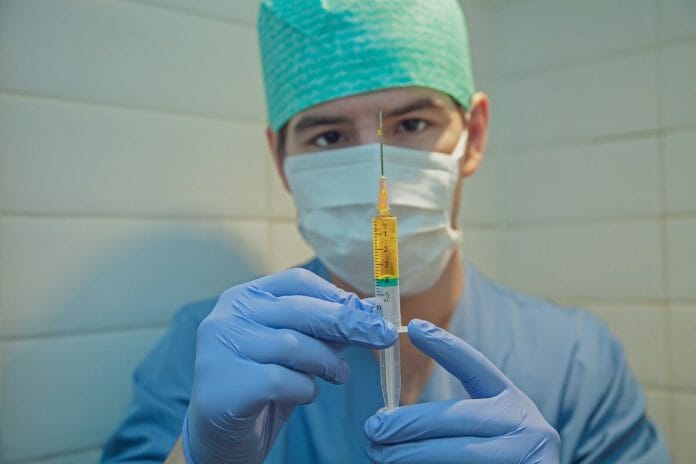 Happily, Stonebridge Biopharma has an exciting treatment option in the works that has been accepted for review by the FDA under a New Drug Application. RECORLEV (a type of medication known as levoketoconazole) is an investigational adrenal steroidogenesis inhibitor. In successful Phase 3 studies, it has been shown to significantly suppress serum cortisol and lead to a normalization rate of urinary free cortisol at six months.

Stonebridge hopes to bring this new therapeutic option for adult Cushing’s sufferers to the market in the first quarter of 2022.

These are just four of the top new medications that will hopefully become available soon, if not already on the market. However, keep an eye out for many other options that could help your patients lead longer, healthier, and happier lives.