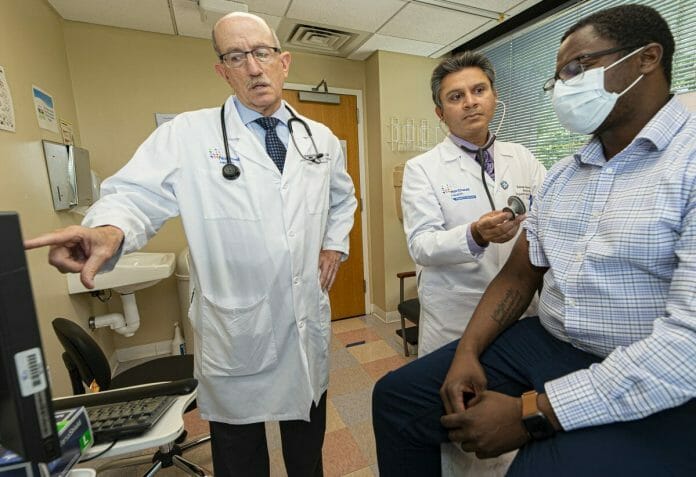 Seven Northwell Health hospitals have received four-star or better ratings from the Centers for Medicare and Medicaid Services (CMS) as part of its 2022 Five-Star Quality Rating System, which were announced Wednesday.

Northwell, New York State’s largest health system and private employer, saw 11 of the 12 hospitals evaluated either maintain or improve their CMS standing since 2021. CMS, part of the Department of Health and Human Services, created the five-star rating to help consumers identify health care facilities by quality metrics, which include patient outcomes such as mortality, safety of care and readmissions, patient experience and process.

“I see the amazing effort by Northwell Health team members every time I step inside one of our hospitals and those results are reflected in CMS’ latest ratings,” said Michael Dowling, Northwell’s president and CEO. “Our hospitals scored extraordinarily well in mortality and safety of care, crucial metrics for any patient to consider when choosing where to get their health care. The mission is a good one – raising the health of the communities that we serve – and I’m proud of the work that we continually put in.”

Huntington Hospital – one of two five-star hospitals on Long Island, eight in New York State and 429 nationwide – is top-rated by CMS for the second straight year. Mather and Northern Westchester each jumped from three- to four-star hospitals in the 2022 ranking while Staten Island University Hospital and South Shore University Hospital in Bay Shore improved to three-star status.

In particular, mortality data for Huntington and Long Island Jewish Medical Center in New Hyde Park were each more than two times better than the mean. Safety of care scoring was nearly one-and-a-half times better at Peconic Bay and Huntington. Glen Cove rated nearly a full point above the mean in readmissions. CMS data for the report was collected between January 2017 through September 2020, depending on the reporting metric, and excludes January 1-June 30, 2020.

“The 2022 CMS Stars ratings – which include Huntington Hospital’s continued rating as a five-star hospital and six other Northwell hospitals receiving a four-star rating – reflect Northwell’s commitment to excellent patient care outcomes and safety, efficient processes and patient experience,” said Peter Silver, MD, senior vice president and chief quality officer at Northwell Health. “Despite the challenges of the pandemic, we have never taken a day off from our focus on these areas, and we anticipate continued excellent ratings for our hospitals in the years ahead.”

The health system’s initiatives to improve quality at its hospitals include a focus on infection prevention, efforts to increase the flu vaccination rate among employees, sepsis taskforce, transformation of dining services and environmental enhancements.